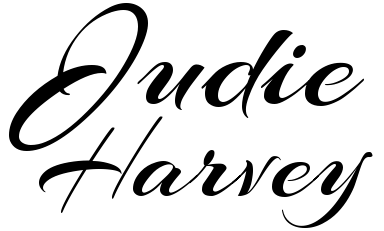 Are You Working Toward the Right Goals? 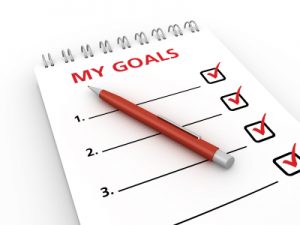 I feel a lot of pressure in January to courageously attack the New Year. Never mind the fact that I’m Jewish and celebrate my new year in the fall. As my sister says, that’s a spiritual new year, whereas this is more of a fresh start on a meaningful to-do list. This is the time when you resolve to lose weight, exercise more, get a handle on your finances, finally work at a career you like, or maybe just be nicer to your mother. It doesn’t take courage to make resolutions. It takes courage to stick with your goals—and to come back to them when you inevitably get derailed.

It also takes a lot of courage to make the right resolutions for you.

One of the most profound things I’ve ever read is Stephen Covey’s Seven Habits of Highly Effective People. There is a part about goal setting, which changed my life. When I read it for the first time, I was a new mom, struggling to find a work/life balance that felt right to me. It was so hard to be apart from my baby daughter.

Dr. Covey wrote an analogy about a man who worked diligently to climb the “ladder of success.” Unfortunately, the man focused only on what he needed to do to move up to the next rung. When he reached the top, he realized his ladder was up against the wrong wall. So he achieved his goals, but they were the wrong ones. They didn’t get him where he ultimately wanted to be.

I decided, from that point on, I would live my life with purpose and meaning, doing only the things that mattered.

This lasted about as long as a “New York Minute.”

My life was not spent purposely achieving my well-thought out plans—especially once my two sons were born. My life was more like a tennis lesson gone wrong, where the ball machine goes haywire and fires the balls in rapid succession and at a speed that even Serena Williams couldn’t handle.

My days and nights were spent dealing with one crisis after another. Working until 1:00 am because the baby had an ear infection and had to see the doctor during the workday. Going to work with damp panties—and not the good kind—because I had forgotten to put the wet wash in the dryer before I passed out for the night. Trying to make the store-bought baked goods look like homemade ones when it was my turn to bring something for the gourmet bake sale.

I also spent a lot of time trying to keep up with the stay-at-home, skinny, happily married, soccer moms, who seemed to manage their lives better than Martha Stewart (well, except for when she went to jail). As a single mom, theirs was a tough act to follow. Deep down, I really didn’t want the perfectly kept house or to have time to do my child’s second grade book report, but I didn’t have the courage to admit it. Every time I adopted their goals as my own, I was miserable.

This turned out to be a good thing, though. Whenever I was deeply unhappy, I remembered the Seven Habits book and would reevaluate what I truly wanted from my life. I kept coming back to the same priorities and values, and that was reassuring. My ladder was leaning against the right wall.

Just the other day, I was looking back at that time. I realized that I had achieved a lot of those goals, and that they were still the right ones for me. That’s remarkable, considering some goals seemed completely unattainable at the time. Plus, there were many times I wasn’t climbing the ladder—I was hanging on for dear life!

It can take years to create a life you dream about, so don’t get too hung up on New Year’s resolutions. You’re in it for the long term. Just do the best you can and don’t give up. Check-in with that ladder when times are tough to make sure it’s aligned with your life’s purpose and deepest desires.

A little courage goes a long way, and sometimes that’s all you need.